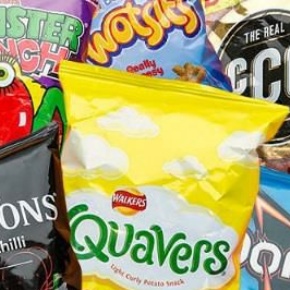 One of our Year 5 children (Ruby) has been inspired by her Brownie group, who have been collecting various items of waste that cannot currently be recycled, such as crisp packets.

These items are collected by a local group, CTK Recycling Guildford, who recycle these items through the company TerraCycle, who donate money to their chosen charity. Our local collector raise funds for the charity Kicks Count. TerraCycle have donated thousands to the charity since 2013 through a network of supporters across the UK.

Ruby has really got into the recycling movement and has been collecting crisp packets from her friends at lunch time. Ruby asked if she could do this on a larger scale, with the possibility of setting up a collection box either in the school hall or office for all children / staff to recycle their crisp packets.

As a school we fully support Ruby with this, as it not only diverts waste from landfill, but raises money for a worthy cause. So, please remind your children if they have a packet of crisps in their lunch box, to pop the empty packet in the recycling box.